The Milky Way is under the threat of an intergalactic invasion! You are the last Starfighter and on board of your interstellar fighter, you are ready to fight against the invaders without hesitation! 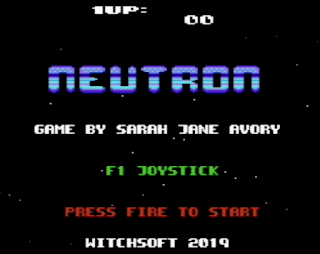 It's a Zzap-style introduction! For a shoot'em up that hasn't a plot, but it has a curious history behind. The author of the game is a woman! Sarah Jane Avory. She was formerly a coder for the Sega corporation. Passionate about the arcade genre and in particular Star Force, she programmed a version for C64 with the name Orpheus. The game remained in the drawer (in floppy version) and, with the 8bit crisis, ended up in oblivion: by now the scene was made of 16bit only.

This year, during the RGCD event and 16kb cartridge contest category for C64, Sarah decides to exhume her baby. By his own admission, in the 90s she had sold all her 8bit equipment, only to regret it bitterly soon after. Sins of youth. Fortunately, her little masterpiece had remained unsold, forgotten and safe in the mists of time (in the meantime Sarah has self-produced novels, devoting herself to writing until burnout!). It is needless to reiterate the success achieved. Thus was born Neutron, freely downloadable in 2 versions, the original one in 16kb and another extended version, about 130kb, which should be a final and complete version of the game. 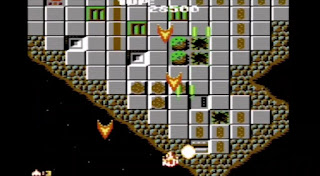 Let's talk about the game. Essentially it is a vertical scrolling shoot'em up, clean, concise, essential. Scrolling is fluid, clean and with pleasant graphics. No slowing down, no loading. The waves of enemies follow each other with fast and rhythmic pace, the number of sprites on the screen is often remarkable, a sign of programming in a workmanlike manner. A little icing on the cake, the game also has end-of-level bosses, mid-lvl and power-ups for the spaceship. It's difficult to expect more!
The soundtrack is fresh, captivating and perfectly emphasizes the pressing of the enemies, it's a small masterpiece. Sound effects? Pin pin, pun pun, sometimes annoying, but let's not complain!

Graphics: 8, simple, essential, concise
Music: 9, a beautiful soundtrack that emphasizes the action
Playability: 9, if you are a fan of the genre, you will have fun.
Sound effects: pin pin, pun pun, it is a 7.

If you want download (and you can donate too) the game, following this link, it's free.
Etichette: 8bit c64 commodore c64 emulator neutron retrogaming sarah jane avory 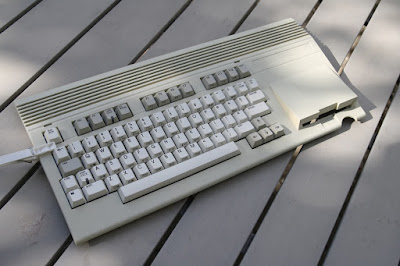 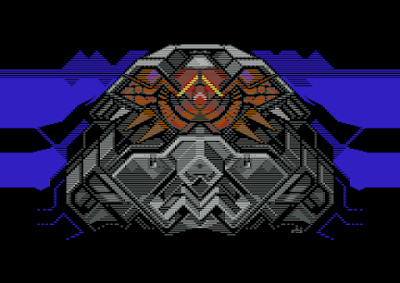